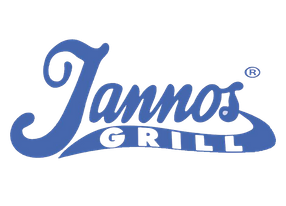 Pizza Love: Meaning, Even When I’m in The Middle of Eating Pizza, I wish I were Eating Pizza...!

The story of the invention of this everyday household name changes depending on how you define it. If you think a pizza is an oven-baked flatbread, its origins lie in the ancient Middle East. If pizza must have toppings, its origins date back to the ancient Romans and Greeks, who baked flatbreads and topped them with available, local spices and olive oil. But the pizza we all know today, made with tomato sauce, cheese, and numerous toppings, originated in Italy. It became popular in Naples in the 18th century as a cheap, nourishing food that was consumed mainly by peasants. The modern pizza as we know it today evolved from early Neapolitan flatbreads topped with lard, salt, and garlic.

No one knows when or why the tomato first began being used in the preparation of pizza, but it is known that they were first recorded in Italy in 1544. While most Europeans initially disparaged them as poisonous, the southern Italians embraced them, giving them the name pomi d’oro (golden apples).

Although some say that tomatoes have been used on pizza marinara since 1734, others claim that they were not used until the early 19th century. The Italians credit Raffaele Esposito of Pizzeria Brandi as having invented the first modern pizza in 1889.

He was supposed to make a variety of pizzas for the queen, so he made one with lard, cheese, and basil, one with fish, and one with mozzarella, basil, and tomatoes. Known as pizza alla mozzarella at the time, this last pizza later became known as pizza margherita, once the queen declared it as her favorite.